“When she transformed into a butterfly, the caterpillars spoke not of her beauty, but of her weirdness. They wanted her to change back into what she always had been. But she had wings.”
~ Dean Jackson

Things are "popping" so to speak in the Container Butterfly Garden. Came back from church mid morning last Sunday and was greeted by three fully eclosed Monarch female butterflies. When I left the house earlier that day there were no butterflies, just chrysalides.

Tuesday morning's ritual of retrieving the paper from the carport revealed three more butterflies ready to emerge, as I've set up the eclosing cage outside by the rear door. By the afternoon, they too, were released. How satisfying! As Tuesday's batch was being released in the container garden, a female Monarch was depositing eggs on the milkweeds. Hopefully, this will be the first time in weeks I'll be able to harvest more eggs. How strange I haven't found any new eggs in the last few weeks. I wonder if they're being harvested by predators soon after being deposited. As for caterpillars in the garden, nary a one in over a month.

The heat wave we've been experiencing here in SoCal has ramped up the metamorphosis cycle. Including the Monarch I found on one of my cacti, plus those from the eclosing cage that emerged healthy and able to fly, the total successful releases so far is:

Two others didn't make it. Both were found lying on the cage floor.

Taking the eclosing cage out to the container garden on Wednesday to release the latest, I heard a flurry of furious, frantic, frenetic, frenzied, fast fluttering wings beating in the back of the yard; quite loud, really. At first I thought it was two small birds duking it out, but upon rounding the corner, it turned out to be two Monarch butterflies battling it out big time. My first thought was two males fighting for territory. They kept banging into the sheds, the back of the house, and finally crashed into the backyard fence where they fluttered to the ground, continuing their fight.

They were quiet for a while, allowing the opportunity to creep up on them for a look-see and a gander. To my surprise and delight, they were a mating pair. How violent a spectacle! Eventually, the female resumed her struggles and they flew off in a coupled embrace.

Video of the latest release. Handheld, shot on a smartphone. Shaky vid: vertigo.

Lastly, but not leastly, an updated photo of the lantana I pruned back hard last spring:

Before a hard pruning.

After a hard pruning.

A couple of months later. So much healthier looking and prettier!

Hard pruning of quite a few flowering plant species is beneficial both to the eye of the beholder and to the plants themselves. Don't be afraid to do this on your own plants! If interested, please contact me with any questions regarding what species are amenable to hard pruning, how to go about it, and when is the best time to do so.

Posted by Unknown at 6:46 AM No comments:

"I should tolerate the closeness of 2-3 caterpillars, if I want to get to know butterflies" ~ Antoine De Saint Exupéry


There are now 12 chrysalides dwelling safely in their eclosing cage, with more to come. All are safe from pesky tachinid flies, and so far none exhibit the telltale dark spots of Oe infestation. How incredibly beautiful Monarch butterfly chrysalides are! Truly, they are one of nature's crown jewels.

In fact, I've seen craftsmen and artisans create pieces of jewelry based on them, such as earrings and pendants. One beautiful pendant I came across was of a perfectly executed copy made of jade-colored glass on which they dabbed gold dots to mimic the gold spots found on real Monarch butterfly chrysalides, hanging from a delicate gold chain.

Three chrysalides hanging from eclosing cage, along with one cat beginning to pupate.


Thursday morning I noticed one of the chrysalides began to darken and take on an orangish color. By Thursday noon there was a fully eclosed adult with wings still soft and not fully expanded. She's a healthy little girl I released in the late afternoon by the milkweed plants after her wings hardened sufficiently for her to safely fly away. She wanted nothing of the cage, taking off like a cat with a burr stuck under its tail.

It's a girl! First reared Monarch butterfly for the Container Garden.

I've been a bit busy down here at the homestead of late, therefor a dearth of posts vs. a plethora. This will most likely continue for the next month or more, as I'm in the process of writing and illustrating a personalized story book for my little granddaughter, plus I've yet to begin collaborating with a newsletter subscriber on her children's storybook about the adventures of a Monarch caterpillar. She asked me to take photos illustrating the story for inclusion in her book. By all means!

Posted by Unknown at 4:50 AM No comments: 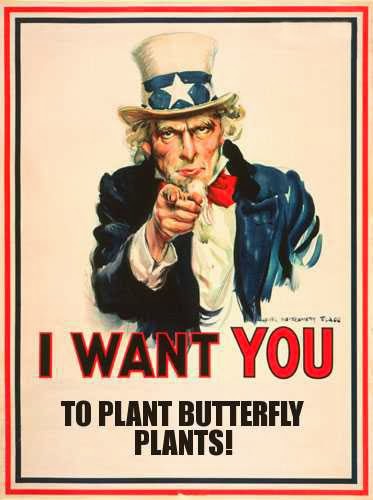